So the year that was 2012 is drawing to a close. What a crazy year it has been in the world of comics. It was the year that saw Image Comics surge and rise to its former glory with the launch of bold new series, SAGA, HAPPY, HELL YEAH, REVIVAL and FATALE. The blockbuster series WALKING DEAD continued to climb all the way to the top of the charts and not look back. New voices like Joe Keatinge and Brandon Graham broke fresh ground with their critically acclaimed work on GLORY and PROPHET.

The DC 52 Initiative saw the bottom fall out from under it as sales on anything NOT relating to the Batman family of books fell off a cliff. Anything outside of two families of books, Batman and JLA, stood no chance. The mid-year launch of a Titans spin-off, Ravagers, with half of the Titans numbers from nine months earlier was the first sign that no one was buying in blind any longer. The recent Titans/Ravagers related series Team 7 was loaded with incentives and variant covers in an effort to bolster its launch and it’s fallen further, faster than Ravagers did four months earlier. This has not boded well for the direction of anything outside the Batman and Justice League families. I had the honor of trying to “revive the patient” on a number of their “C” list titles. Good God, I had 4 of them throughout the year. My advice, don’t ask the physician to heal the patient and then take away the medicine and the equipment needed in order to do so. Several others have been tasked with the same challenge, also while having their hands tied behind their back. It was a fun experience, I was paid well, no harm no foul I suppose. I’ll be drawing on those experiences over the next few months, providing material  for keen insight into corporate comics circa 2013 and beyond. 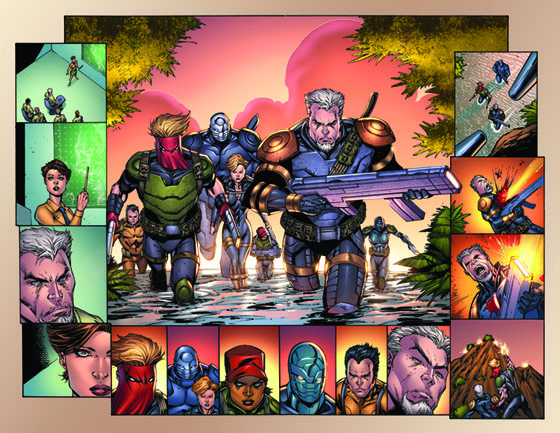 Marvel struck back at the initial DC 52 surge with the surefire mega-hit Avengers/X-Men which led directly into their Marvel NOW! re-launch. My only curiosity about their strategy was wether or not the public would backlash over yet another re-launch of new Marvel #1’s since the previous fall of 2011 was littered with new #1’s for Captain America, Hulk, X-Men and Thor. There has been no backlash whatsoever as the Marvel NOW! books have been embraced by retailers and the buying public alike. And they are being double shipped in order to cramp the charts and block out the Batman books. Case Closed.

So what does 2013 bring? Count on Marvel continuing their current win streak as they go deeper into their bench of go-to fan favorite characters and stack the deck with even more re-launches. Wolverine hasn’t arrived as of this writing, neither has the Spider-Man family of books and can a second Deadpool book really be that far behind? This is what separates Marvel from DC, the depth and scope of their bench. The X-Men family alone sports a slew of characters with plenty of commercial appeal in Gambit, Bishop, Storm and Fantomex. Where is DC’s counter? Martian Manhunter? Katana? Vibe? Seriously?

I honestly expect DC to rip a page out of their 1970’s playbook and put Joker in his own series because he is one of the few DC characters whose popularity warrants it. Robin, Harley Quinn, Red Robin….more Bat books will definitely punch the sales and market share ticket for DC, but how long until they truly are Detective Comics, all Batman, all the time.

On talent alone Marvel also goes much deeper. While the stand out talent of the year is Scott Snyder, you can’t burn the guy out asking him to forge a creative path for every book. As it is they should stop co-opting his every good idea and making it a multi-part cross-over epic. The Joker themed Death in the Family has lost some punch as a result of being pimped out to every possible Bat-related comic book. I’m enjoying the Snyder issues and the Batman and Robin chapters by Tomasi are great, but I have no interest in chasing every nook and cranny of this “event”. Geoff Johns carried the company for nearly a decade, he has a formidable presence on his books, but after Johns who is stepping up and expanding the playing field for DC ? My advice? Take some of those Dark Knight profits and invest them in the actual cloning of Jim Lee. I buy whatever Jim touches, so does everyone else, two of him gives you plenty of options, 3 Jim’s even more so. Get on that STAT. Or lean on someone else to  move the needle. Unless you can’t because there is no one else. Yet. 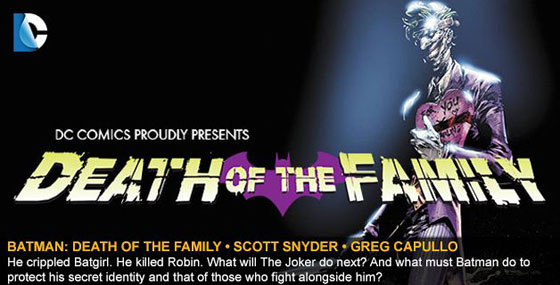 The “Yet” exists because there are other talented voices out there, but you have to unleash them and let them actually CREATE, undeterred, without editorial input from assistants attempting to impress their corporate overlords. At Marvel, they have Bendis, Aarron, Hickman, Remender, Fraction, Slott, Waid….y’see what I’m saying here? And that’s without mentioning Sam Humphries, Gary Duggan, Brian Posehn and Dennis Hopeless, all relative newbies that have shot out of the gates with strong showings on their respective titles. Depth matters.

Image comics promises greater depth in the new year as well. More Morrison, Kirkman, Hickman, Seeley, Vaughn, Brubaker, Keatinge, Graham and Stephenson. That’s a helluva line up that you won’t find at DC. Or Marvel. Image faced down its 20th year with its best and strongest year in ages and more big books are on the horizon. The success at Image is contagious, more creators I talk to are flocking to Image looking to get into the derby and compete at the highest level. Kirkman has easily outpaced the success the early Image creators achieved. We never had the kind of multi-media success that Walking Dead is enjoying and Kirkman himself is energized by the level of execution that Vaughn, Brubaker and Morrison are delivering. If  Iron truly does sharpen Iron, the swords at Image are the sharpest of all blades.

So there you have it, plenty of great reasons to look forward to great comic books in 2013. The next 12 months should prove to be some of the most exciting times we have witnessed in many years. 3 companies are firing on all cylinders and the best is yet to come.

I’ll have my best of the year posted tomorrow. See you then!

So last night Walking Dead, Invincible author Robert Kirkman and I attended a huge signing for our new comic book The Infinite at Beach Ball Comics in Anaheim. We sketched on over 50 covers and signed hundreds of copies of the premiere issue! I had no idea how prolific an artist Kirkman is but WOW!…

There is a nice article covering Glory, Prophet and all things Extreme that went up on SLATE.COM this morning. It is however very abbreviated when considering the length and depth of our interview. I have not submitted to phone interviews for the last decade because I find that much gets lost in the translation. I…