Next week, BRIGADE #1 re-launches with an amazing re-imagining of the BRIGADE mythos! Marat Mychaels delivers the best work of his career, tackling the team that put him on the map way back when he was a young lad of 18 years old. Hot indie scribe,Mark Poulton of KONI WAVES fame, joined in on the fun delivering an amazing script over my story, proving that he has a potent, relevant voice that can no longer be held back. Look for bigger and better things from Mark in the future from Arcana as well as some Extremely amazing new projects that we are cooking up.

Here are the 3 covers that adorn the first issue. Two of them are available in the direct market, while the San Diego edition is available for a limited time while supplies last. My variant cover is a painted homage to the original cover that I did for the Brigade mini-series in 1992. I cannot tell you how many of the original Brigade I have signed over the years, even as recently as two weeks ago in Charlotte, North Carolina, I was deluged with Brigade copies, one after another. There is  great anticipation of the new series and hopefully you can track down each and every cover!

If you want to reserve signed copies of Brigade #1 by myself and Marat, contact marat1200@yahoo.com 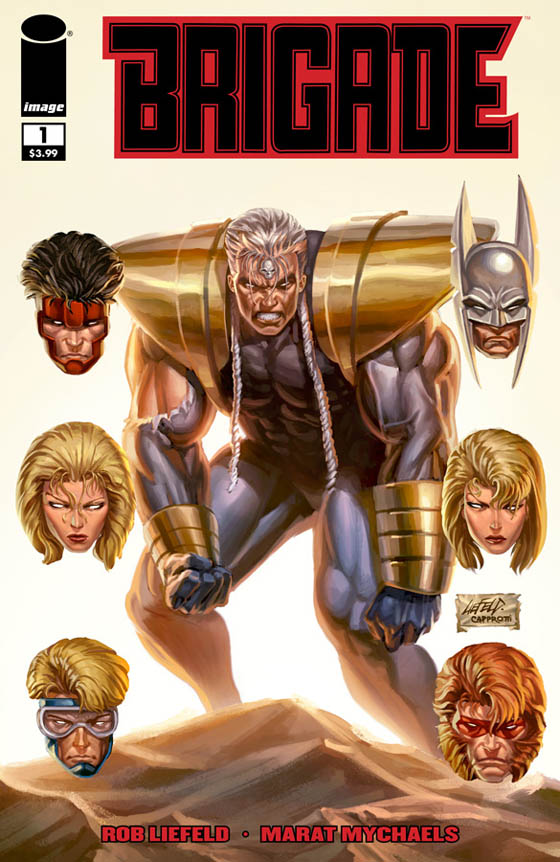 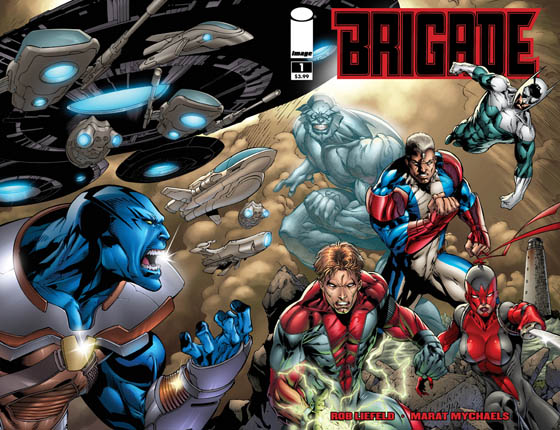 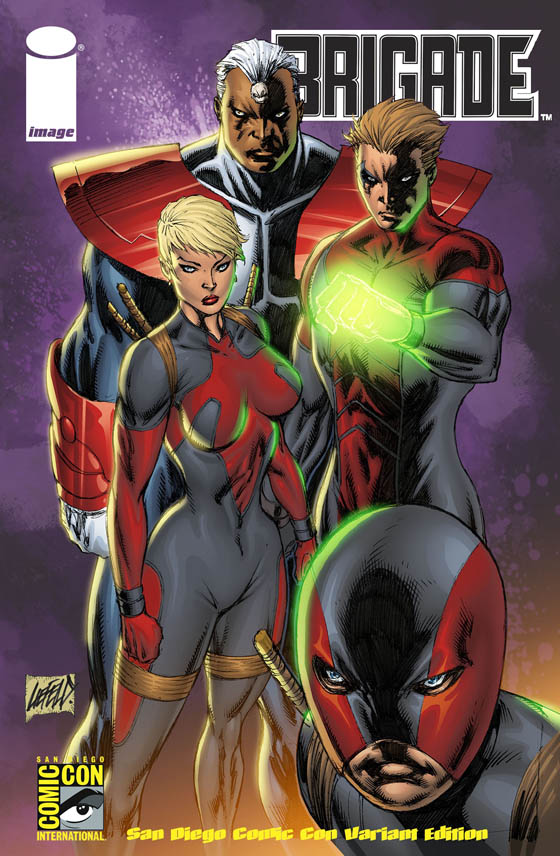 Next week, the second issue of the new Avengelyne series arrives. This issue is action packed as the new Avengelyne host, Heaven has to face off against the previous host, now known as the Red Dragon. Here’s some preview images of what is to come. I’ve also added pages from issue #3!

Continuing to preview the upcoming series The Infinite from Robert Kirkman ( Walking Dead, Invincible) and rob Liefeld ( Deadpool, X-Force) These are pages from The Infinite #2 and #3. The action explodes in issues 2-3 providing great thrills and chills for all involved, including you, the reader!