About 2 years back I was drawing a Deadpool/X-Force mini-series for Marvel written by Duane Swierczynski. I had completed the entire first issue and penciled the second issue when I left the project due to some funky business reasons. The story was set during my original X-Force era with Fabian Nicieza. The original X-Force line-up discovered that Deadpool had stolen a time machine and gone back in time to wreak havoc. The first issue found them in the Revolutionary War, the 2nd issue was the Civil War, the 3rd World War 1 and the last in World War 2. 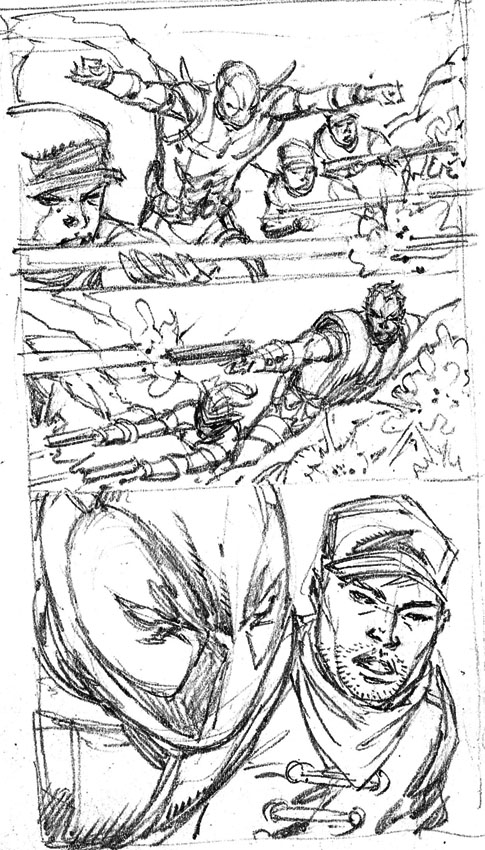 I was a longtime admirer of Duane’s work, especially his run on Cable and I loved drawing his story. I was thrilled to return to the original 90’s line-up of Shatterstar, Domino, Warpath, Cannonball and Cable. There were some outstanding moments of drama and great humor with Deadpool screwing up time as we know it. Below here is the cover to #1 which was intended as an homage to my New Mutants #98 but with Deadpool in the “gasp” slot this time around instead of Cable and co. 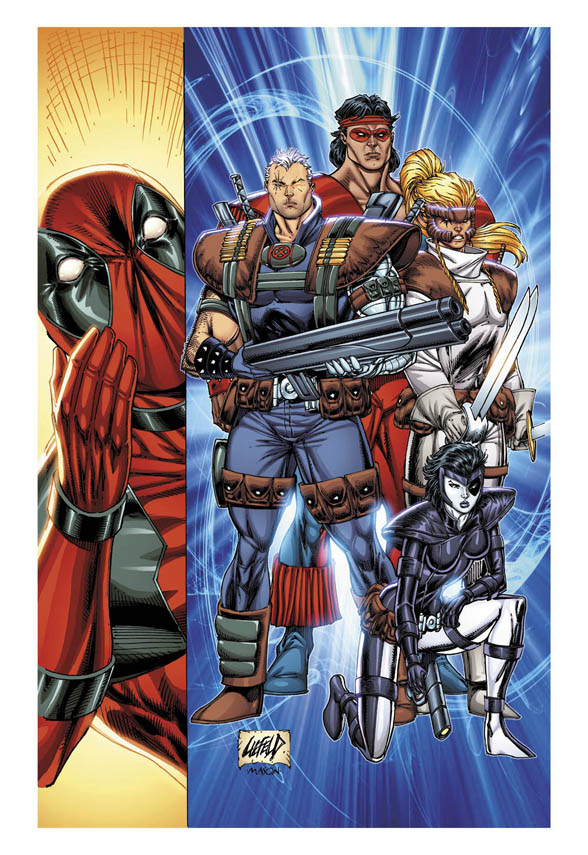 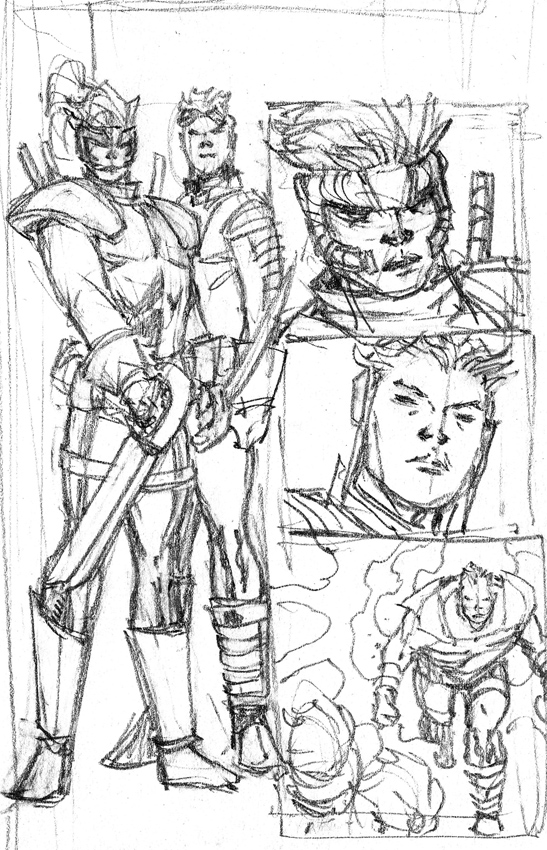 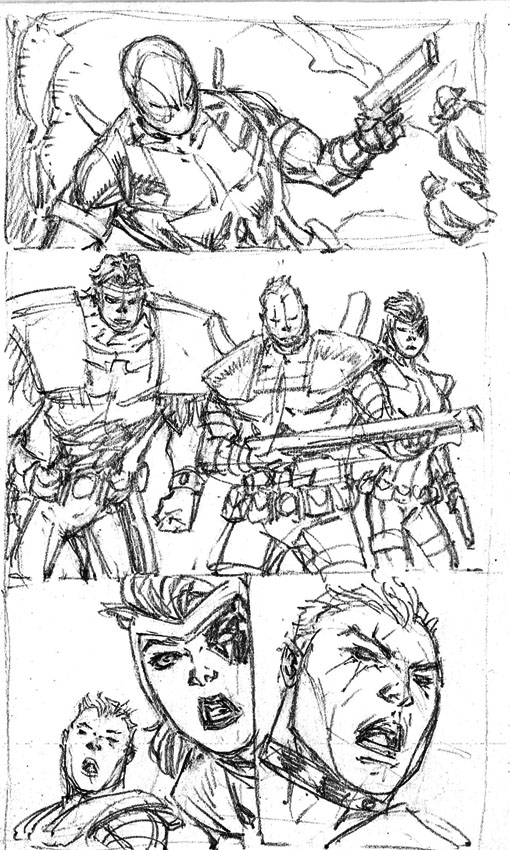 After completing the second issue of the mini-series I got a call from Marvel business looking to change the way I was paid on the job. If you were a freelancer at Marvel during the  spring to fall of 2011, Marvel was actively scaling back page rates for writers, pencilers, inkers, colorists alike. It was the talk of the floor at New York Comic-Con amongst the freelance community, “You get cut? How about You?” back and forth, no matter the job or skill, loads of us were getting the cut. I had a contract with an established rate that couldn’t be cut but I was hit with a different approach, I was told I would no longer be paid by the page, I would be paid when the entire book was completed. Pencils, inks, colors, the whole package. It was a fair loophole on their part, but it was one I opted to decline. I left the project and didn’t look back. The adjustment in pay felt uneccessary. I had just completed 9 monthly issues of Deadpool Corps. each shipped monthly, so I was lost as to why I was to take an entire backend deal. I was already drawing The Infinite with Robert Kirkman and was starting Hawk and Dove so I left the series and left Marvel. The project is dead as far as I understand it, but the first 2 issues provided some fun interaction. I figured I’d share some of them here. 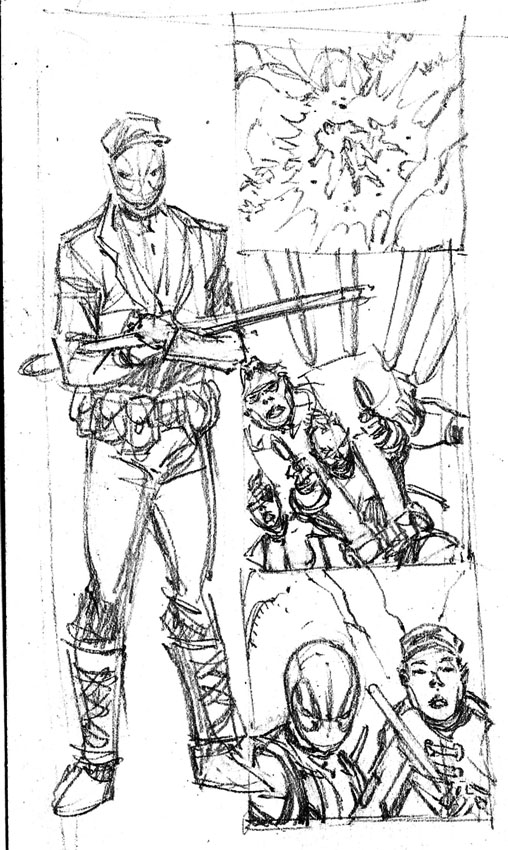 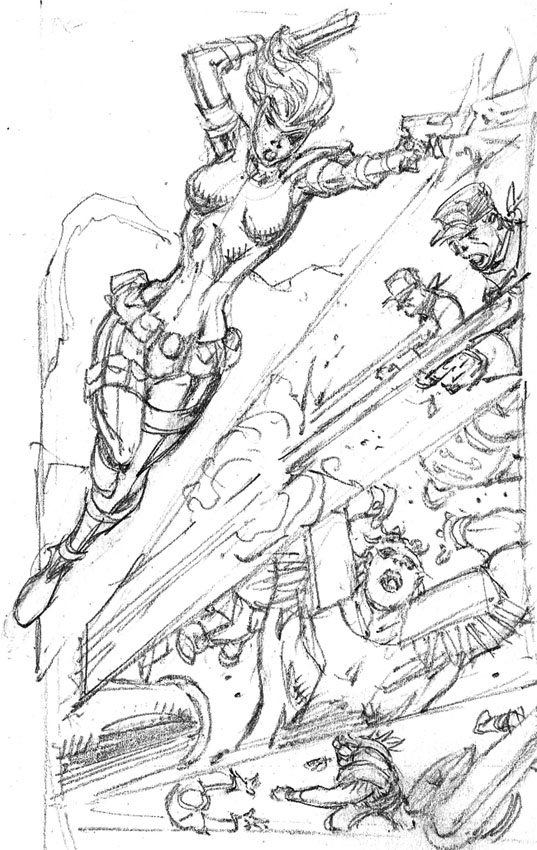 I was inking my own work at this point, so my pencils are lighter and looser than if I was being inked by someone else. The first few pages of the first issue were being colored as I was drawing issue #2. Here’s are some pages from issue #1. 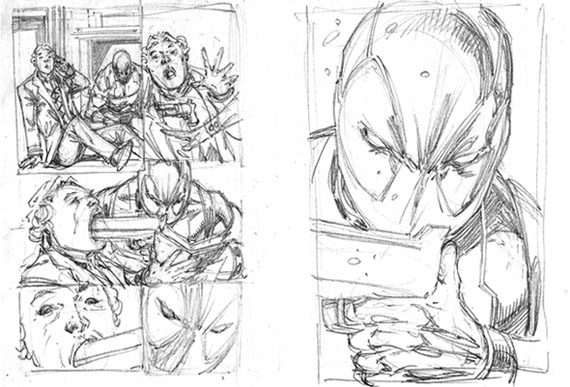 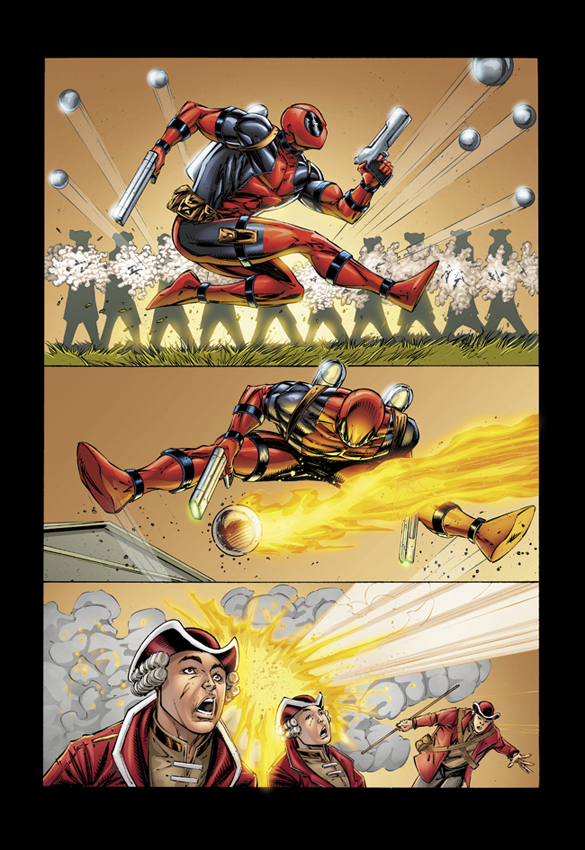 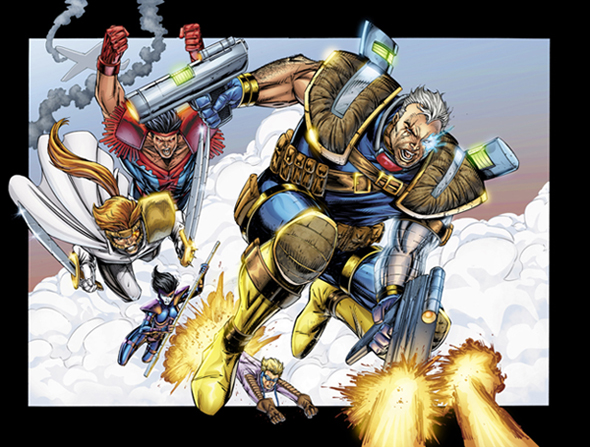 Unpublished projects are part of the comics business, I have a number of them, a 5-issue Killraven series that I drew with Robert Kirkman is my all time favorite. It remains deep in the drawer at Marvel snugged up nice and cozy next to this almost Deadpool/X-Force mini -series.

Heroes Con was as great as advertised! Huge crowds, great fans, and much love for comics everywhere. The southern hospitality was on full display. The following are some pics and illustrations from the convention. Thanks to everyone ay Charlotte for all the enthusiasm and kind words!

The Godyssey is one of the many projects I’ve been working on the past few months. It was announced as a film in development with Uber-producer Todd Garner and his Broken Road productions with Sean Robins and my manager Brooklyn Weaver joining as producers. But I’m getting ahead of myself, first some background… Earlier this…

I grew up in Anaheim about 10 minutes from Disneyland. As far as comic book conventions there were a few at the Disneyland Hotel back in the early 80’s. As a teenager, I had a chance to meet George Perez, John Romita Jr., Jim Shooter, Bob Layton, Mike Zeck and Marv Wolfman through these shows….