So back in the summer of 2006 I had a Kamandi pitch that I had shared with several folks in the industry. I should make it crystal clear, make no bones about it, Jack Kirby’s Kamandi is one of my all time favorite comic book series ever.  I had shared my pitch with Jeph Loeb who had shared it with Joe Quesada who had responded enthusiastically to the concept. As fate would find it that summer,  I found myself seated across from Joe, Jeph and Robert Kirkman in the lobby of the Hyatt Hotel during Comic-Con. Joe Q casually mentions that he loves my Kamandi pitch and wanted to know if I would re-construct it as a Killraven story and do it with Kirkman. Talk about a no-brainer. Kirkman was in, I was in, the project was a go. 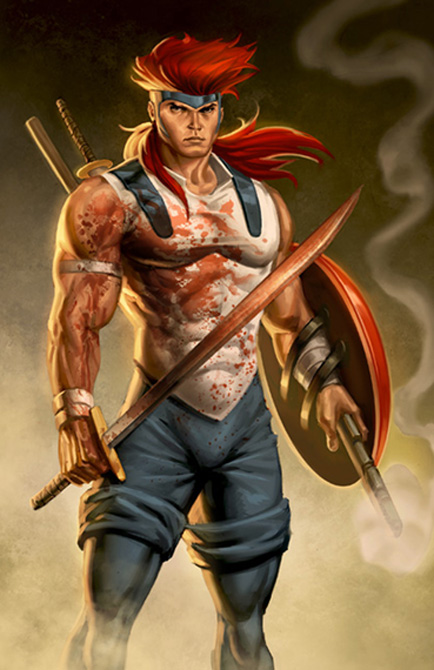 The original pitch was that Kamandi fought his way into a bunker that had a transporter device and after successfully activating it, he and his allies were transported successfully on board the JLA satellite which was still in orbit above earth. They were able to arm themselves with an arsenal of iconic JLA weaponry as well as pursue an object that was mapped out on the JLA computer before the great disaster occurred. This was easily re-formatted with Killraven and the Avengers mansion in place of their DC counterparts. 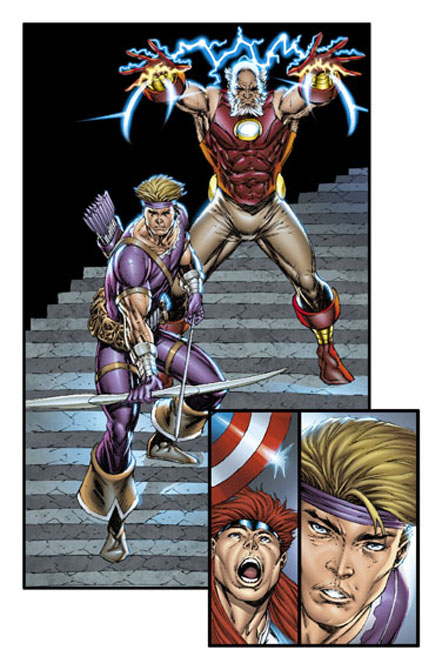 I started drawing Killraven later that fall in-between issues of Onslaught Reborn. Kirkman was feeding me scripts at a regular clip and we were banking issue after issue until the fall of 2008 when I handed in the last issue. Over the course of the last decade or so, the practice of most comic book companies is to solicit a new series with a minimum of 2 issues or less in the can. We continued to complete issue after issue and I kept waiting to hear when Killraven would be solicited, but all I heard was more delays and reasons that it could not get put on the schedule. We couldn’t get it solicited with 2 issues completed, and by completed I mean written, drawn and colored, and 3 issues penciled. I thought we’d make the schedule for sure  in 2009, then again in 2010 but by 2011 to present I have no reason to believe that it will see the light of day. 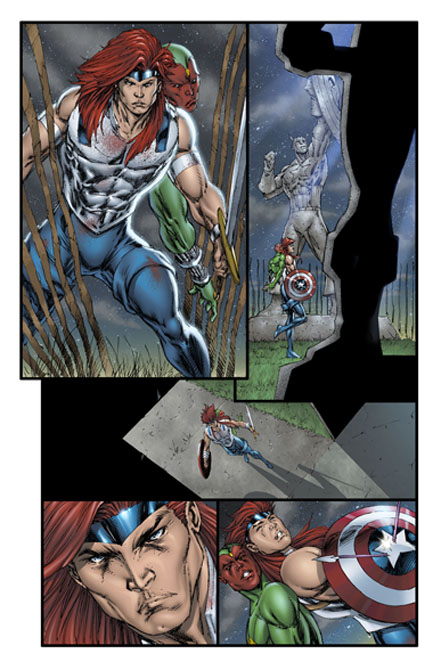 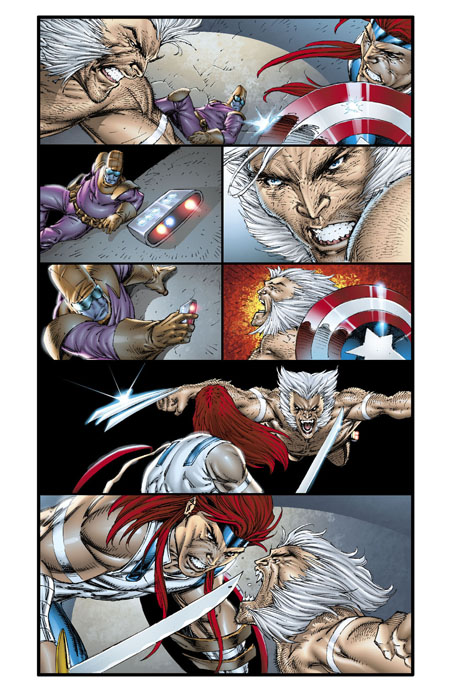 Let me state very purposefully that this is in no way a gripe or a complaint. Robert and I were paid for our contributions in full. The color work was paid for, we have no reason to complain. We did a job, it hasn’t been published, big deal. But the fun in is analyzing the potential reasons behind this series not seeing the light of day. I’ll leave that for the next article. In the meantime I hope you have enjoyed these un-published pages from Killraven #2.

Thought you’d enjoy some new images from upcoming issues of The Infinite!

Next week, the second issue of the new Avengelyne series arrives. This issue is action packed as the new Avengelyne host, Heaven has to face off against the previous host, now known as the Red Dragon. Here’s some preview images of what is to come. I’ve also added pages from issue #3!

THE BEST OF 2012 So many great comic books this year, 2012 felt like the beginning of a new standard for the art form. Image Comics celebrated its 20th Anniversary with several striking new books from a diverse talent pool. New books from established industry giants such as Grant Morrison and Ed Brubaker were joined by fresh new…

I have several Bible themed projects coming out in 2015. Eve and The Garden of Eden chronicles the time and adventures that Eve experienced with Adam in their time in Paradise. Even the most conservative estimates put Adam and Eve in the Garden at least 100 years, we don’t really believe they were laying…