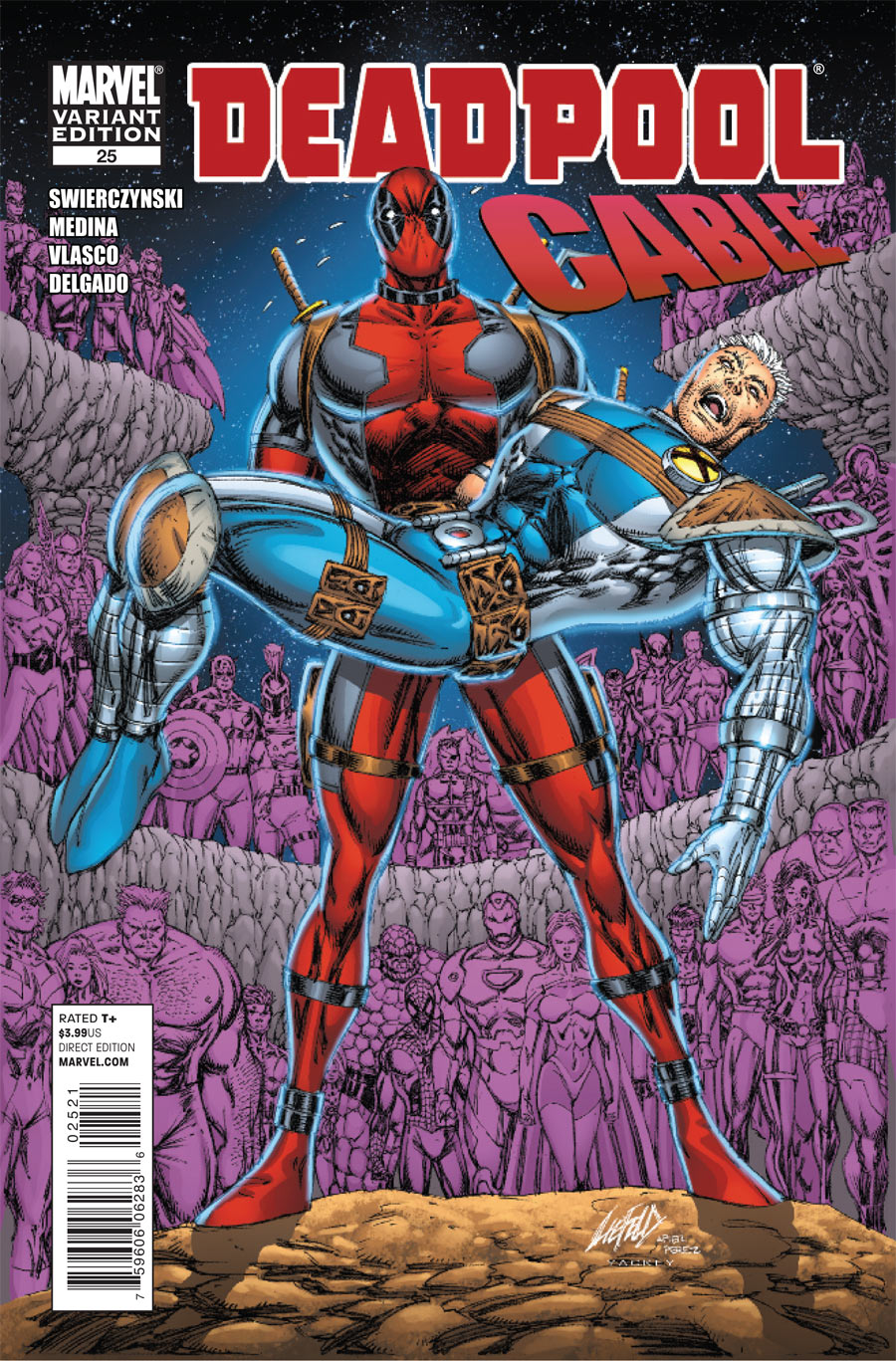 So tomorrow Deadpool/Cable #25 hits the stores and by the looks of this cover, things don’t look good for Cable! I’m always thrilled whenever I get the chance to draw a cover and when Marvel called and asked me to draw this baby up, I was chomping at the bit! They specifically asked me to ape the cover to Crisis on Infinite Earths #7 illustrated by the incomparable George Perez ( a long time favorite of mine since youth)  I knew that I would not be able to draw nearly as many supporting cast members as George did, as a matter of fact, I had a hard time placing this many Marvel heroes from memory to begin with! This cover is a variant and as such will be a little harder to get your hands on. As a matter of fact, several retail sites are already charging $25 for this cover and it doesn’t arrive until tomorrow. I’m not on Marvel’s comp list and even if I was, I’m not sure that would include the rare variant covers, so I will be out there in the hunt like the rest of you collectors! Good luck to us all!

UPDATED! Zombie Jesus! has created a craze, thank you for all the e-mails and interest in this new online strip! I thought I’d post the pencil pages and the ink pages to show the contrast between the rough pencils and the inks when I go in and tighten up the page. After 24 years in…

I am writing and drawing a new BRIGADE series and I want to give you FREE copies! A radically re-imagined and re-designed Brigade series is coming your way and I want to launch it with this FREE comic initiative and get as many free copies into as many hands as possible. Follow this link to…

The Uncanny X-Men continued to surge forward, building momentum with every new issue by the creative team of Chris Claremont and John Byrne. The intrigue and danger was further enhanced as an old nemesis, Mesmero, was elevated to a formidable threat in an issue that found Beast returning from the pages of the  Avengers…

Youngblood #75 hits the shelves today and to commemorate this milestone I thought I’d share the five covers that are available at your local retail outlet. Youngblood has had an embarrassment of riches in terms of talented authors over the years from Alan Moore, Robert Kirkman, Mark Millar, Kurt Busiek, Kieth Giffen and Joe Casey….