I have not visited Wonder Con for over 12 years. The last time I attended Wonder Con was pre-Comic Con’s involvement back in 1998 and it was still held in Oakland, Ca. The show seemed to be on its last legs, attendance was low and the show had lost its spark. I attended the very first Wonder Con in 1987, which has always been very memorable for me, it was where I was hired by Mark Grunwald at Marvel and Dick Giordano at DC Comics. I drove to the show with Hank Kanalz, yes, the very same Hank Kanalz who currently heads up Wildstorm Comics for Jim Lee. Hank and I were best buds, bonded by our love of comics, we collaborated on several fanzines together and eventually we would combine our efforts on Youngblood, Image comics flagship title. The 8 hour drive home lasted what seemed like a few minutes as I was riding high on the promise of professional work and the beginning of a new career. Yes, Wonder Con had been very special for me and it surged in the mid-1990’s, but as with the comics industry, the con had seen better days.

Jump to Wonder Con 2010 and everything I had heard was true, the show is an absolute monster. Attendance was huge, swarms of people crowded the show consuming the best of our business from all pop-culture fueled angles. I left early Saturday morning and arrived in the bay area an hour before the show opened. I made a dash for the Graphitti booth where I purchased 3 shirts for my kids as Easter gifts. Graphitti t-shirts are spectacular, the quality is top notch, I grabbed a Purple Lantern shirt and a Red Lantern shirt for my boys as well as a Wonder Woman shirt for my daughter. Eventually I set up at a corner of the Image comics booth where I would mingle throughout the day. The great thing about being in this amazing business over the past two decades is all the great friends you make over the years. I started the morning chatting up Joe Casey, Joe Kelly, Steven Seagle and Duncan Rouleau, the Man of Action team responsible for Ben 10 and the upcoming Generator Rex. I’ve watched these guys from their early days in the X-men office and it’s a kick to watch them grow into Titans of kids entertainment. The fact that we all share an agent allows for even more fun times and stories.

I met up with X-Editor and Marvel executive editor Axel Alonso, we grabbed lunch and caught up on all things Deadpool and X-Men. Axel is one of the smartest guys in this or any business and I felt particularly sharp after our meeting. We talked of future Deadpool stories and one in particular appeared to be fast tracked. I returned to the Image booth and signed and sketched for several fans until I had to attend the Marvel panel with Axel and C.B. Cebulski, Marvels talent editor and coordinator. The Marvel panels are always shot from the hip, plenty of new info was shared and the audience which packed the hall to capacity was energized by all the new directions for Deadpool and the X-Universe.

As has become a staple of every con appearance the last couple years, I was greeted by dozens of costumed Deadpool’s roaming the show. They always scream “Daddy!” and swarm me with affection. It never gets old. They are amazing with the detail and effort they put into their costumes and their portrayal of the Merc with a Mouth. And their numbers are growing, Kid Deadpool, Lady Deadpool, Headpool have joined the parade. Can Dogpool be around the corner. I’m betting we will see him by San Diego Comic Con.

The day ended with me hooking up with longtime pal and former partner Jeph Loeb. We wandered the show floor for nearly two hours discussing al things comic books. Topics that Jeph and I covered included but were not limited to Avengers, Captain America film, Robert Kirkman, Todd McFarlane, Iron Man 2, Clash of the Titans, Alice in Wonderland, Deadpool, Ryan Reynolds, Green Lantern, Geoff Johns, Blackest Night, Marvels’ Cosmic Pantheon, bad pizza, Jim Lee and New York City. It was the highlight of a spectacular day. We hung out with Art Adams and Frank Cho as well, two great guys and awesome talents. We bumped into the man of the hour, Geoff Johns, and poked fun for awhile.

I grabbed a cab outside Jeph’s hotel and when I got home to southern California a few hours later, I had a spankin’ new iPad waiting for me courtesy of my amazing wife and her generous spirit! I fell asleep reading Youngblood comics on Comixology’s outstanding comic book app. What a great day.

Wonder Con is a great show and it really pumped up my enthusiasm for all the exciting times that lie ahead for the comics industry. I’ll definitely be back for more next year! 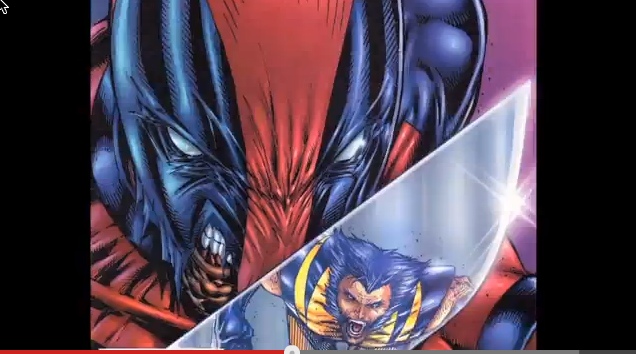