As I reflect on this period at Marvel, I hope that I’m communicating that this is by far my favorite period in my career. It was sky’s the limit and I was very fortunate to gain access to some of my favorite characters and comics that I had treasured growing up. My experience at Marvel during this time was amazing, my peers and I were provided a tremendous opportunity to let our creativity and imaginations explode on the page. At twenty years of age, I could not have asked for a more fulfilling and life altering professional experience. 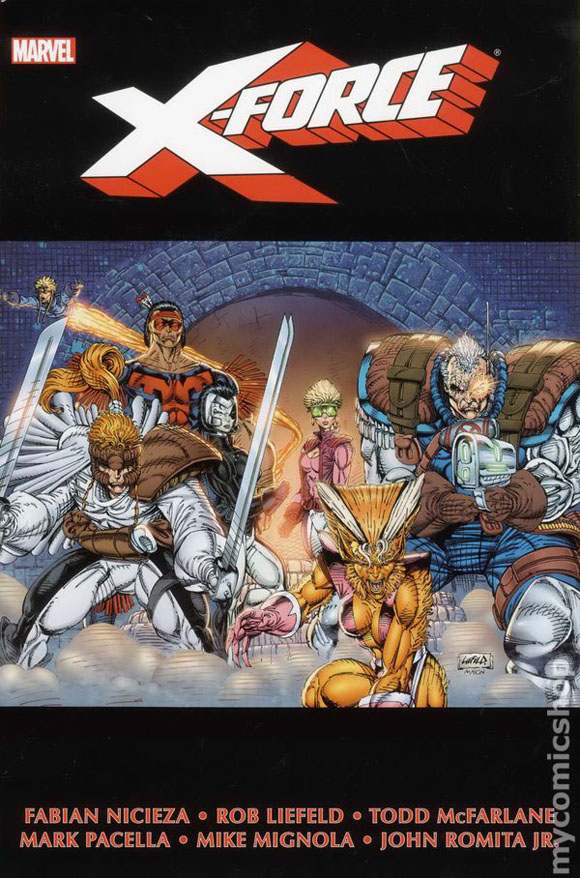 My goal in creating Cable was simple, establish a character that would be the next Wolverine. Create the same air of mystery and intrigue that had made Wolverine my favorite character in comics. A character from the future has all the obvious leverage and it was my intention to give Cable many layers as to who he was, what his true purpose and mission was would be revealed over time and further invest the readers in his every move. As far as I was aware, everyone involved was on board as we prepared to change the course and direction of the New Mutants. Except the name Cable was proving to be difficult for everyone to agree on. Bob called and asked if he shouldn’t be named “QUINN” I was vehemently opposed, feeling that the name was too soft. Louise offered up Commander X, which wasn’t horrible, but I felt it sounded like a G.I. Joe character , cartoonish. Fortunately for all, Cable won the day. I continued to lobby hard for my convictions, which would be a recurring theme as my time on the title played out.

Bob called to tell me that orders on my first issue had gone up 15,000 in sales, a positive sign as I was only bringing my artistic skill on board as far as the retailers knew it. My first issue, New Mutants #86 was more of the same non-serious fare that the New Mutants was treading. The team fought against Vulture, a vintage Spider Man foe with no existing ties to the X-men pantheon. It was with my second issue, New Mutants #87 that the change in direction would become crystal clear. We introduced Cable as well as a slew of new villains known as the MLF, the Mutant Liberation Force. Wildside, Fourarm, Tempo, Thumbelina, Zero, Reaper and Stryfe. There were two historic runs that shaped me as a kid, one was Claremont and Byrne’s X-Men run and the other was Teen Titans by Marv Wolfman and George Perez. A staple of both series was the constant influx of new villains and rogues to challenge the heroes, that’s what we were shooting for with the MLF.

Out of the gate, a dynamic new soldier, Cable, exploded into action, in conflict with this new mutant threat. He crosses paths with the New Mutants and exerts his leadership and brash style. Stryfe arrived with his heavy armor and powerful presence and by the end of the issue I really felt that Louise and I had re-set the book on a decidedly different course. Issue 387 set the stage for everything that was to come. Editorial was allowing me to help shape and construct the future of the book, I remain as grateful now as I was then, if slightly less hyperactive. 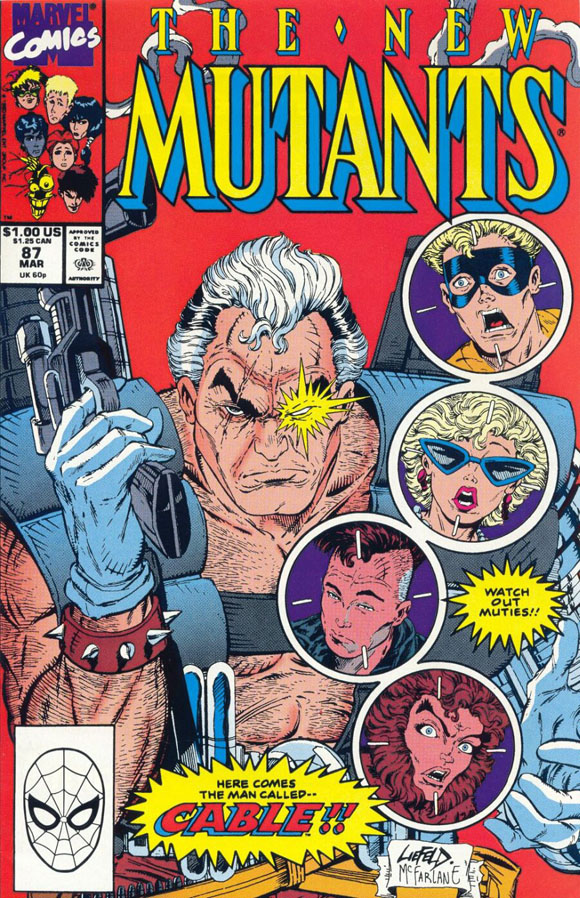 In the subsequent issues, Cable and the New Mutants continued to bond and explore the parameters of their new dynamics while facing off against classic X-Men rogues such as Blob, Pyro and Sabretooth. I was lobbying for a Wolverine showdown from day one and we finally received the green light to have Wolverine guest star in two issues! I was ecstatic. My new guy was gonna throw down with my favorite character of all time, he had to win right???

NEXT: THE DEADPOOL DILEMMA!

Meet Condor and Swan. Find out what trouble they are cooking up for Hawk and Dove starting sept. 7th! Definitely not your Dad’s bird avatars!

I attended Big Apple Comic Con this past weekend and was fortunate enough to hang with many of my favorite comic book peers, Mark Millar, Lenil Yu, Ethan Van Sciver and former Marvel president Bill Jemas. I was also able to interact with the great comic fans of New York City and do as many…

New Deadpool Corps #2 arrives today featuring the further adventures of DEADPOOL, LADY DEADPOOL, KID DEADPOOL, DOGPOOL and HEADPOOL! Writer Victor Gischler brings the funny with an outrageous script and I provide the pictures. IMHO a HUGE improvement from my work on issue #1. Check it out and prepare to laugh!