So last week DC broke their HUGE news that they are re-launching the entire DC Universe in September 2011. 52 new #1 books intended as new jump on points for fledgling new readers and existing fans as well. I could not be more excited to be part of such an unprecedented event, and to be returning to the book that started my comics career rolling.

Back in 1987, I fought my way past a number of potential candidates in order to land the job as artist on the Hawk and Dove series with Barbara and Karl Kesel. in short, I had read their 2 page outline in San Diego that summer and I campaigned hard, producing a number of sample Hawk and Dove pages in order to secure that gig. I have been a life long Hawk and Dove fan having discovered them in early Teen Titans comics before hunting down their original Steve Ditko, Gil Kane adventures in their own short lived series in the early 70’s. The idea to turn Dove into a female ,following the original Dove’s demise in Crisis on Infinite Earth’s, was Karl and Barbara’s concept, but the visualization fell to me. They originally wanted to retain the full skull cap of the original male Dove, but after many, many debate’s, the Kesel’s eventually relented and allowed for the show of hair and a pony tail. Her look has lasted for the last 25 years, even now, she has a minor tweak here or there, but is faithful to my ’87 design. The pony tail allows for extra movement in every panel, a useful tool on static pages.

As for Hawk, I was allowed to increase his size and mass, further highlighting the contrast between the 2 avatars of War and Peace. Hawk is more feral, closer to Wolverine than Batman, while Dove is a ballerina, a sleek martial artist in her movements. Drawing them together after 25 years is an absolute pleasure.

Working with Sterling Gates, acclaimed Supergirl and Supeman writer is the icing on the cake. I’m a huge Sterling fan, both the person and the talent. His passion for Hawk and Dove is amazing, his outline for the series brings me back to the feeling I had reading the original outline from the Kesel’s. We are both having a great time bringing this series together. Issue #1 has a tremendous cliff-hanger, it gets the ball rolling in a huge way! I’ve posted a few pictures I did last fall as I geared up for the eventual assignment. 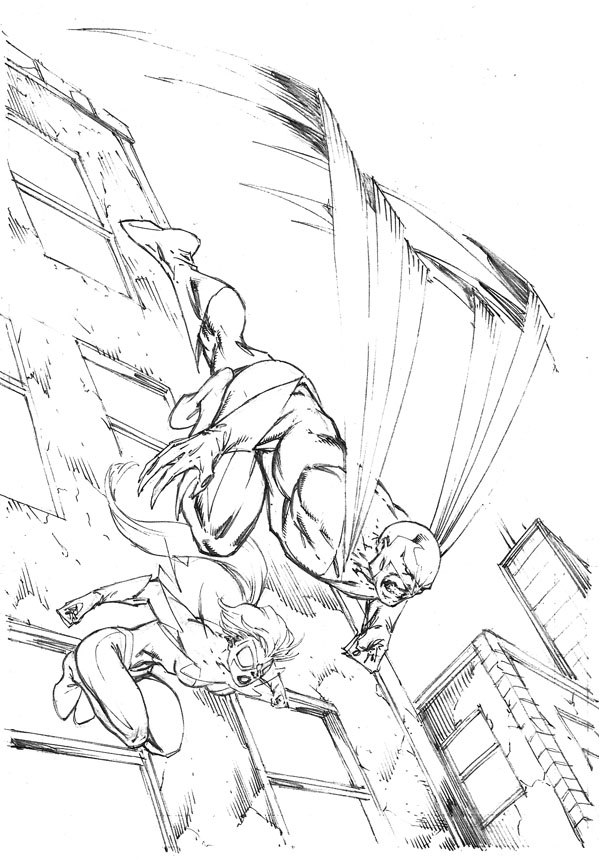 This was done to illustrate their contrast in size, Hawk is a powerful force of nature, Dove is smaller but no less a slouch as far as power and influence. This produced the energy I was seeking. 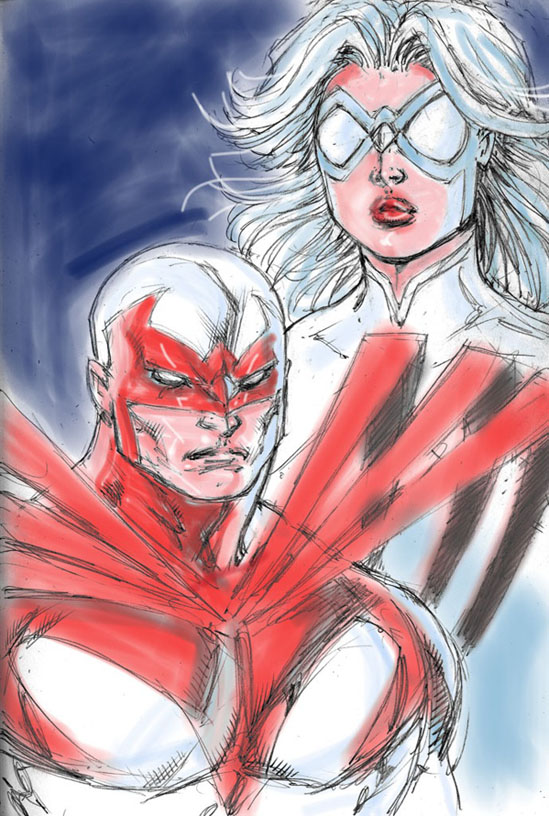 I sketched this up on my ipad, again seeking to get reacquainted with Hawk and Dove. This was before I was given the re-designs from Jim Lee. I’m not great with color, but it served as another building block for the eventual assignment. 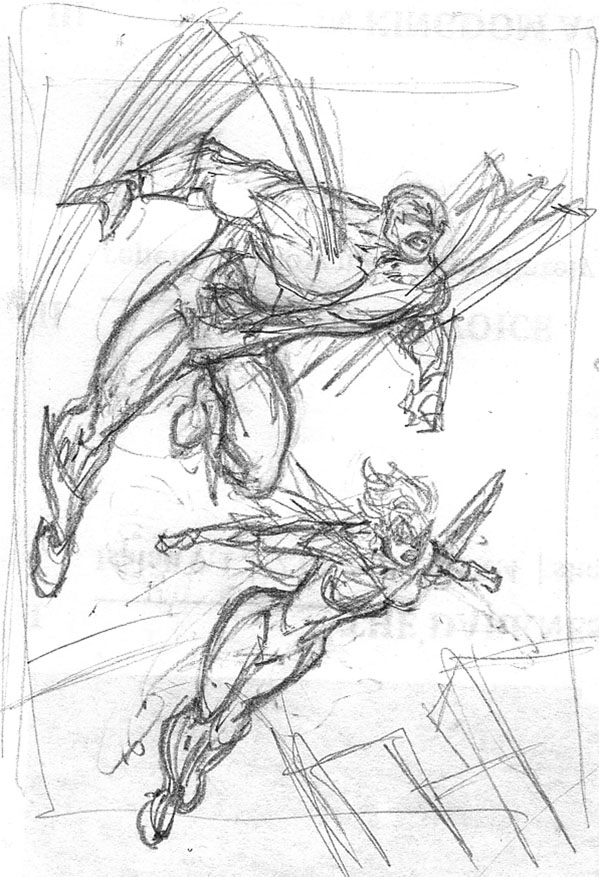 This is a rough sketch that I declined to use as a cover, but again, it depicts the pair in action, contrasting their styles and energy.

I’ll continue to update this site with Hawk and Dove drawings from the past and present as we countdown to the new Hawk and Dove which arrives Sept. 7th!!

With the re-launch of X-Force #1 yesterday, I got to thinking about the origins of the X-Force franchise and how it almost failed to come together before going on to shatter sales records in 1991. Back in late 1990 I was rewarded the responsibility of writing the New Mutants.  I had drawn the bo for…

The past few years, every single statue manufacturer from Bowen to Sideshow and Kotobuyika have bid on the rights to produce high end collectible DEADPOOL statues. The result has been a virtual treasure trove of dynamic new Deadpool sculptures. From busts to articulated, full figure statues, Deadpool sculpts now appear with great regularity. The craft…

So Marvel is releasing yet another X-Force HC collecting my remaining New Mutants issues from #98-100 and the first several X-Force issues! I cannot tell you how amazing this all is to finally have all these collected. The first appaerance of so many characters I created for the X-Universe are in these issues. Deadpool! Domino!Gideon!…

Almost 20 years ago, Marvel collected key issues from my New Mutants run in paperback edition that went on to have over four editions and sold a gajillion copies. My X-Force run has never been collected in soft or hard cover editions. Now it seems as though the rumors of a new collection  finally collecting…

Goodbye 2010, Hello 2011! I could not be more excited for this new year and I look back on 2010 with great favor. I had a great year and an unbelievable decade. I set goals, achieved them and now it’s time for all new goals and markers to set. The past 10 years was about…