Deadpool certainly gets the majority of the attention in recent years, but it was Cable that kicked everything off in the right direction for me some twenty-three years back. I’ve been fortunate enough that many of the characters I contributed to the X-Men pantheon have remained popular but I’d be lying if I didn’t cop to the fact that I enjoy the Cable’s resonance and his connection to the fans.

Cable has had some fantastic merchandise in recent years and I thought I’d display some of the limited edition statues and busts here on the site. 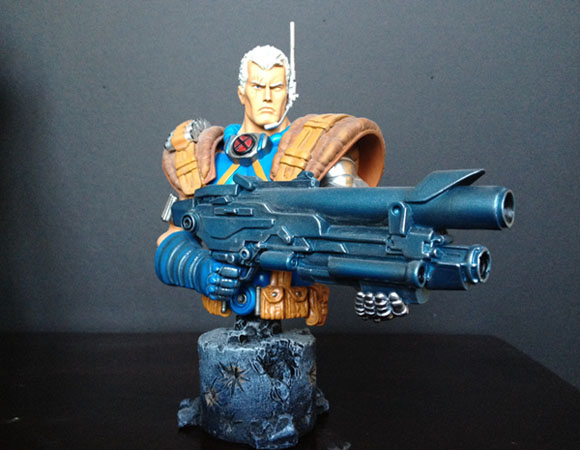 This bust from Bowen productions is one of my absolute favorite Cable sculpts from any manufacturer. The 90’s era armor and approach reflects the early X-Force issues, particularly the cover to X-Force #1. 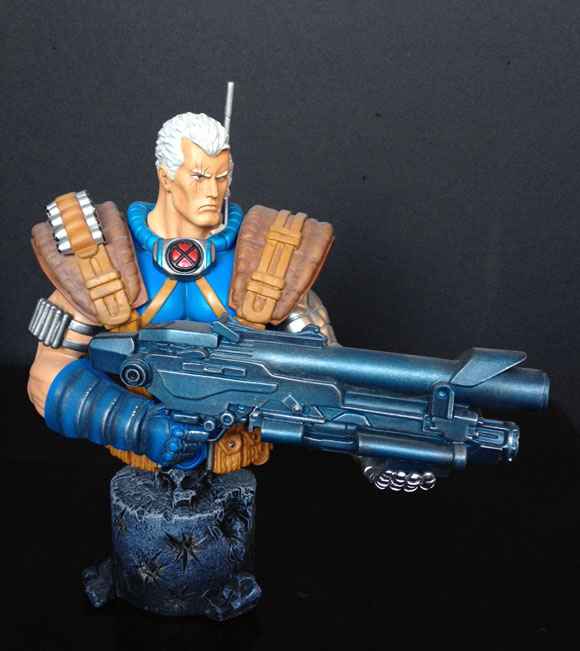 The extra attention to belts, pouches, giant bullets and the extra-big guns add to nostalgia factor. This remains far and away the most popular vision of the character, despite years of re-tooling and some ill-fated creative directions. Soldier X ??? Ugh. 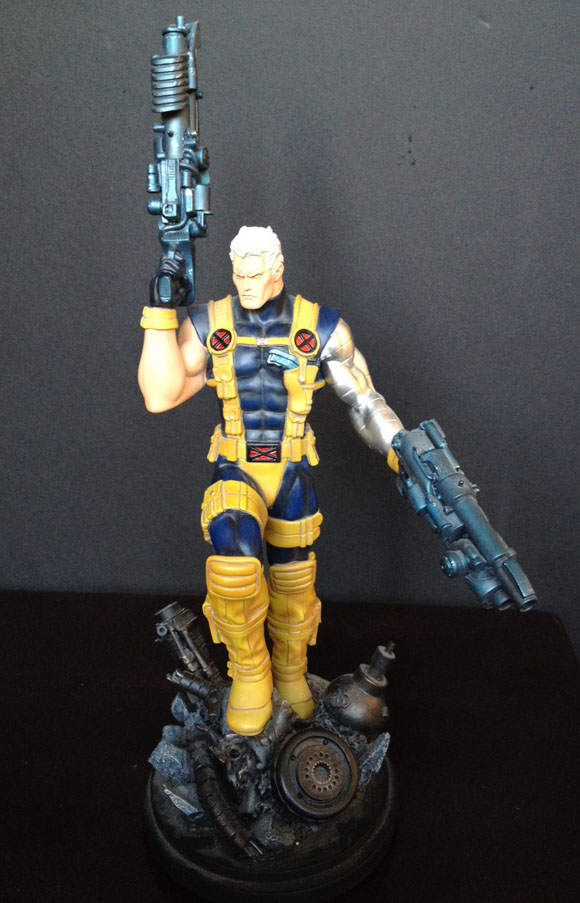 This is another Bowen , a more streamlined version of how he was depicted in the early 2000’s. I love the face and strength of the figure. Great detail all round. There is a limited variant of this that has him in the 90’s shoulder pads and belts, it is truly stunning, goes for several thousands of dollars online if you can find it. 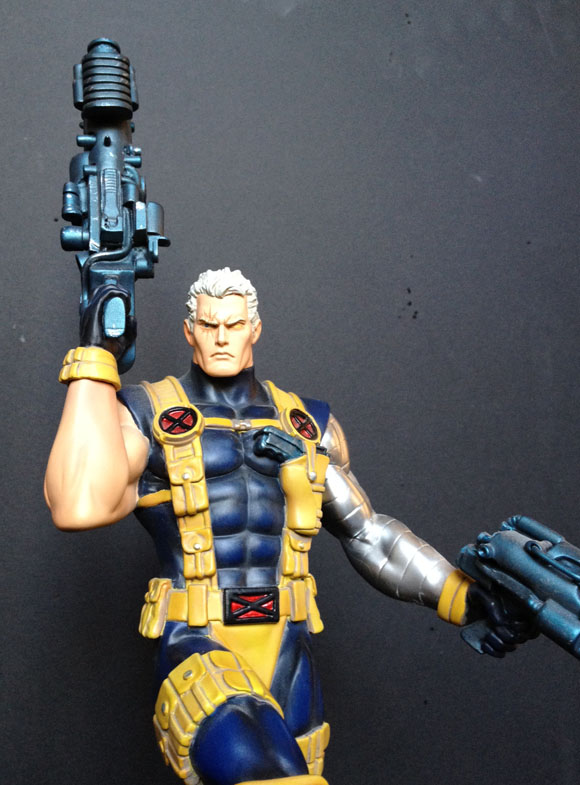 The bust below reflects an older Cable, appearing even older than I had depicted him when he first appeared. I call it the clint Eastwood version, which is interesting given that they have gradually made Cable younger over the years. 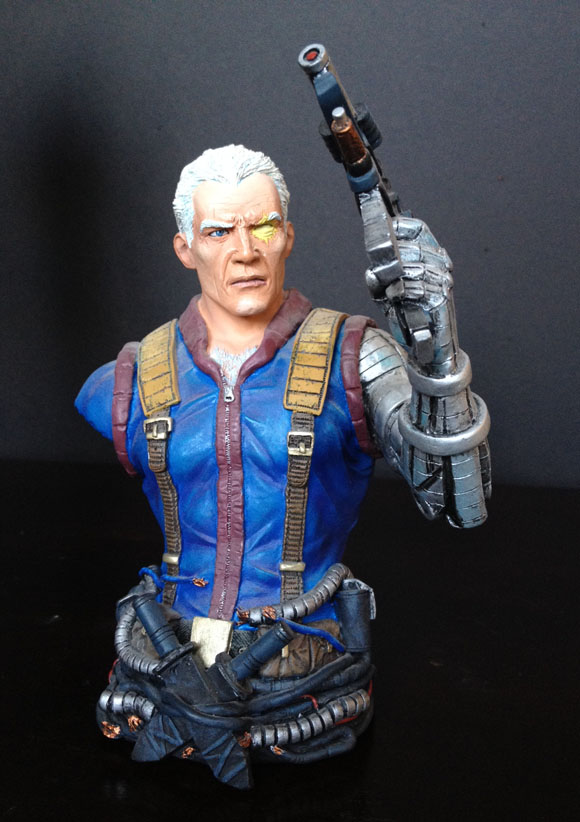 Cable’s cybernetic arm receives tremendous detail and attention in this version. The coils and gear at the bottom of the mount add great appeal. 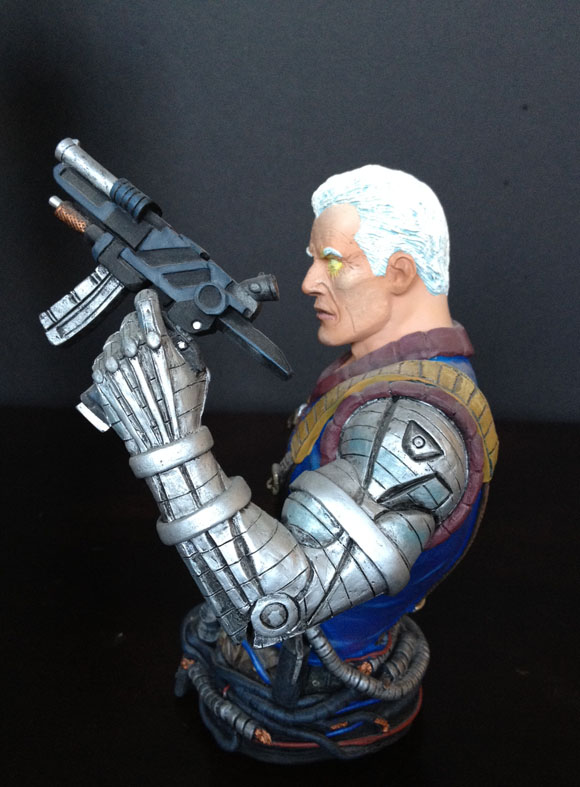 This is another of my favorite Cable sculptures, the pose and detail are tremendous. The gun is unique and powerful and the hi-tech baby bjorn is a great addition. 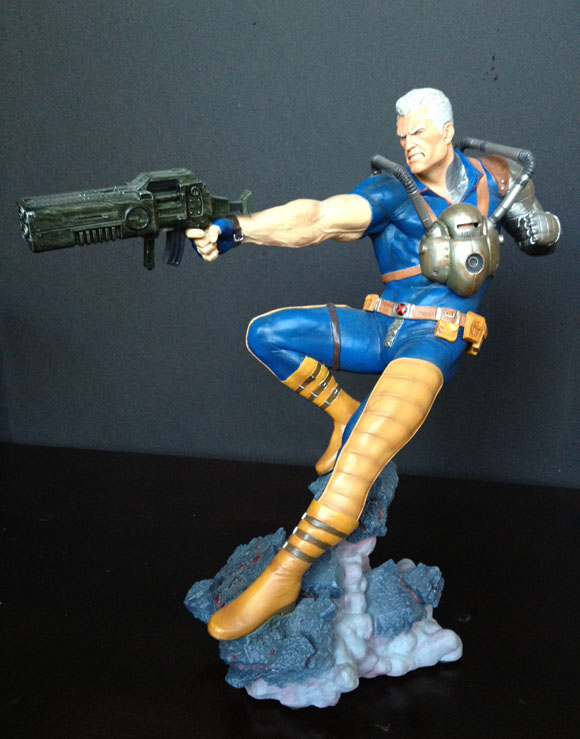 There is great facial detail and expression on this piece. The right eye has a light installed in it and is activated at the base of the sculpt. 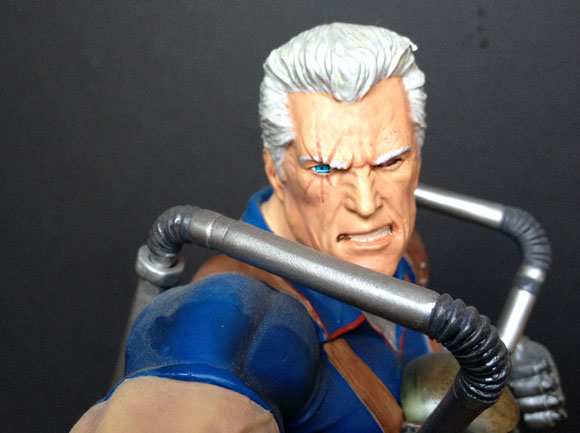 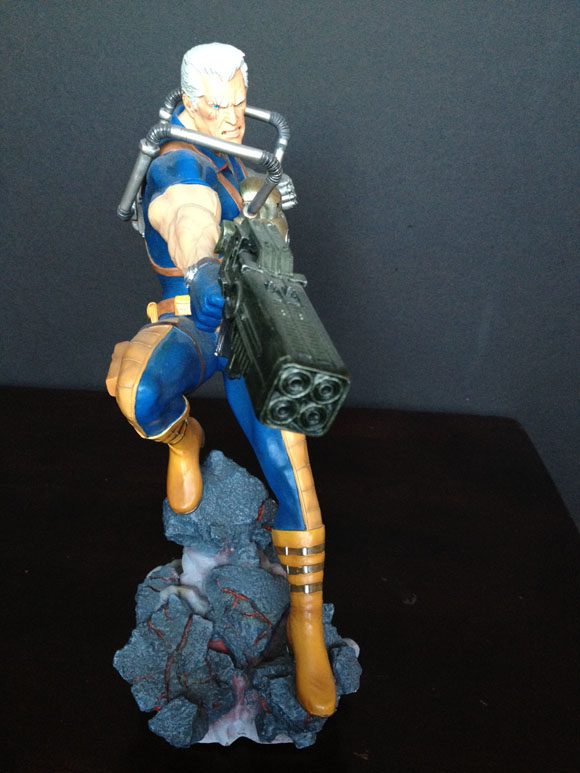 There are plenty of great Cable action figures as well as statues and busts out there, so much in fact that I find it hard to keep up. There are always new pieces being produced, demanding more shelf space than I can presently muster. I’ll display a wide assortment of Cable action figures on the site in the near future. 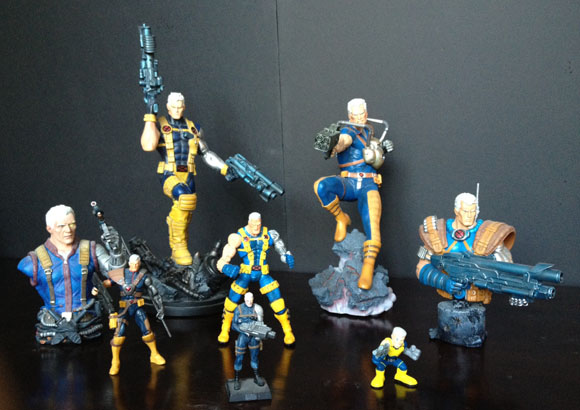 About 2 years back I was drawing a Deadpool/X-Force mini-series for Marvel written by Duane Swierczynski. I had completed the entire first issue and penciled the second issue when I left the project due to some funky business reasons. The story was set during my original X-Force era with Fabian Nicieza. The original X-Force line-up…

Almost 20 years ago, Marvel collected key issues from my New Mutants run in paperback edition that went on to have over four editions and sold a gajillion copies. My X-Force run has never been collected in soft or hard cover editions. Now it seems as though the rumors of a new collection  finally collecting…

UPDATED! Zombie Jesus! has created a craze, thank you for all the e-mails and interest in this new online strip! I thought I’d post the pencil pages and the ink pages to show the contrast between the rough pencils and the inks when I go in and tighten up the page. After 24 years in…