It was almost a year into my run on New Mutants that I was offered the opportunity to both write and draw the book. As with any creative endeavor, the old guard changeth and Louise Simonson was moving on after a long and successful run. Our sales had more than quadrupled by this point and the book was riding a wave of surging popularity with retailers and fans alike. the introduction of Cable had created a stir and driven increased attention to the book. In short, I was living the dream, but now it was time to step up to the plate and see if I could hit a home run in the major leagues. It all started with this cover. 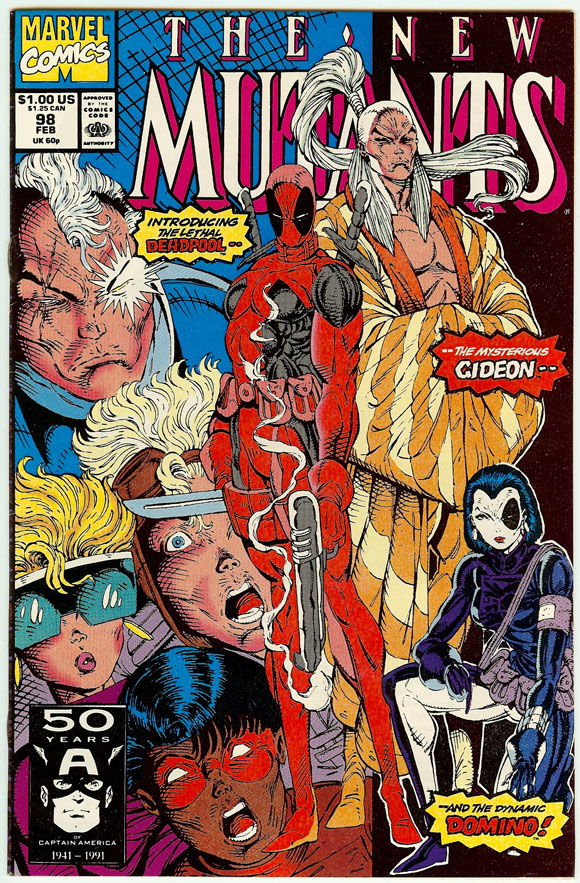 This cover tells the whole story, all of the changes and drama to come was right there in full view. I felt tremendous pressure to make an immediate impact with my first issue writing the comic, I had to prove to readers and skeptical retailers that the book was in good hands under my direction. It was my intention to load that first issue with as much excitement as I could muster between 22 pages. This was the time to lay the groundwork for a new path for the series as we prepared to launch a new team and a new concept with X-Force. Three new players were set to be introduced, Domino,an assassin with a mysterious past tied to Cable, Gideon, a wealthy mutants with designs on Roberto/Sunspot and his family fortune and a contract killer known as Deadpool.

Each character was important in establishing our new storyline. Gideon was the first member of a clandestine mutant group known as the Externals. His arrival put a powerful new presence into the mix and his connections to Roberto and his father’s corporate empire would provide drama and conflict as he exerted his will on Sunspot. I had to clear out some existing characters to  make room for the new one’s I was introducing and Gideon helped service that agenda while also giving us a new threat that would loom larger down the road.

Domino was the love interest that the book sorely needed, but rather than some damsel in distress, I needed a dynamic counterpart to Cable. Domino, black and white, like a Domino, had mutant powers of probabilities, you never knew which way the luck would fall when she was present. She didn’t rely on that though, she relied on her physical skills and training, and her arsenal of knives and weapons. She knew Cable and that in and of itself was going to give the book another layer of mystery as we could examine how and why she knew the new headmaster.

Deadpool was a name I had on my list for sometime, I couldn’t believe it wasn’t taken already, so I scooped it up. I was obsessed with Wolverine and the fact that Wolverine was actually labeled Weapon X, a product of experiments that produced at least NINE others before him. I pitched Deadpool as Danny Devito from the movie Twins, Devito was described as the “crap” before they got to the perfection of Arnold Schwarzenegger’s character. He was tossed out and I felt there was a great story to be told with the experiment right before Wolverine, a project, a guinea pig that had failed to come together as planned. He would be disfigured and dismissed and pissed off. And a smart ass. Visually I was creating Spider-Man with guns and swords. During this time, Todd McFarlane was my closest friend in the industry and he would always rub it my face about how easy he had it with Spider Man because he wore a full face mask with big eyes. No eyeballs, nose or mouth to line up, just a mask. I wanted one of those characters, no one in New Mutants wore a full face mask, I needed something simple and fun dammit! Deadpool was my entry into the Spider Man derby, and it paid off bigger and better than planned. I used the black and red Spidey motif, added pouches, swords and a gun and felt that he would be a powerful graphic visual in the book. A deranged killer with a contract on Cable, a character capable of taking down the entire team, he was as much of a sure thing as I could bank on given the books increased popularity and influence.

So that’s the behind the scenes on the cover to the comic that has proven to be one of the most sought after books of it’s age. I’ll start commentary on the interiors in part 2.

The anticipation for the Deadpool video game continues to grow and the studio behind the game, High Moon Studios released more screen shots to further fuel the fire! The Deadpool game is the gift that keeps on giving for fans new and old! These new shots show him in action, swordplay, enjoying pizza and posing… 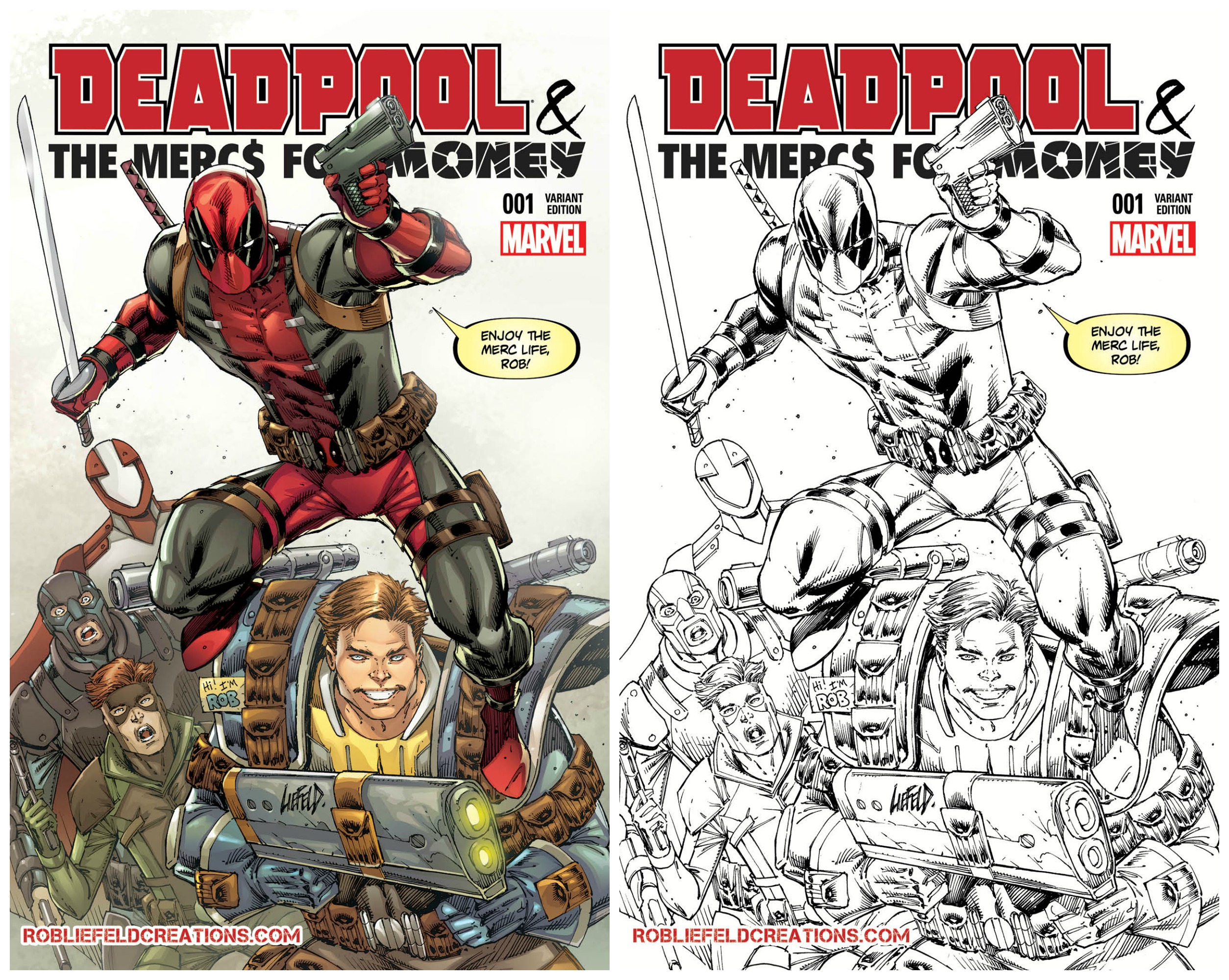 Robliefeldcreations.com kicks off 2016 with an exclusive Deadpool: Mercs For Money #1 store variant featuring creator and creation paired together for this first time ever! This limited edition cover is available only through Robliefeldcreations.com on signed and un-signed quantities! Deadpool leads the charge with Stingray, Foolkiller, Solo and a new Mercenary armed with ample pouches…