Way back in the late 80’s I was fortunate enough to receive the New Mutants title as a regular monthly assignment. The sales on the book found it lagging behind the other, better selling X-titles. The editor, Bob Harras, wanted a new look for the kids and asked me to send in some new costume designs. I chose a specific design that was part uniform, part jumpsuit. Each kid had a designated color to set them apart. 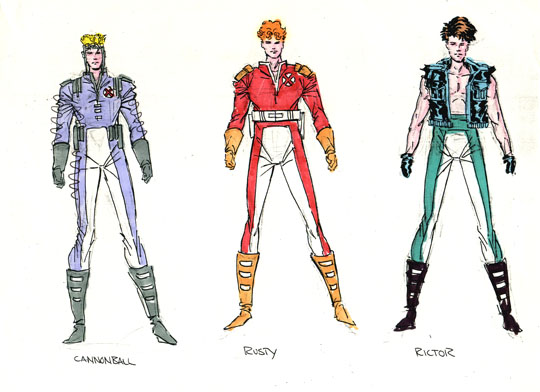 This design for Sunspot was a step in another direction, but ultimately wasn’t as appealing. Not sure if it’s ever seen the light of day. 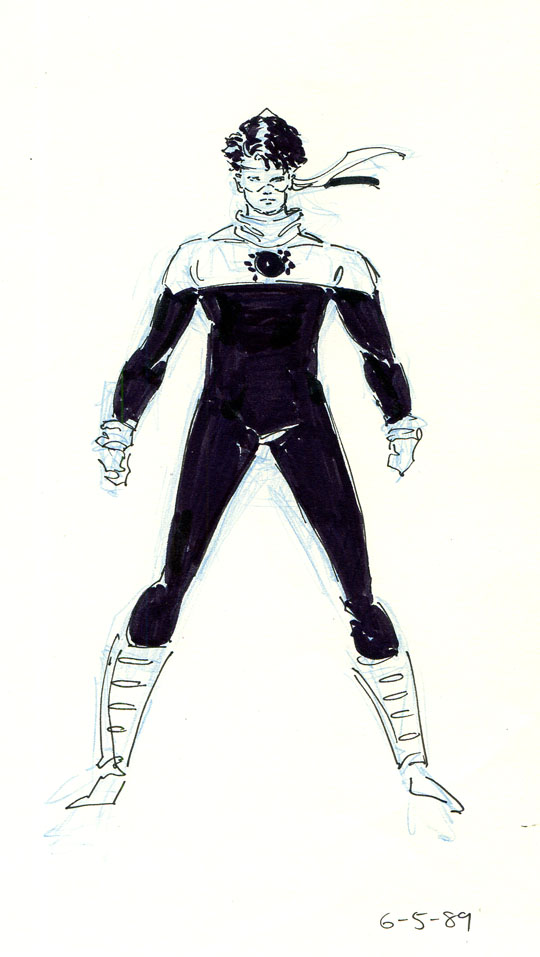 There were several new characters that I submitted as new members, friends of the characters and outright villains. These are 2 characters that were approved but I withdrew them in favor of other characters. Tag became a member of BLOODSTRIKE my zombie soldier title from Image and Soil became a villain in Youngblood vol. 2 issue #1 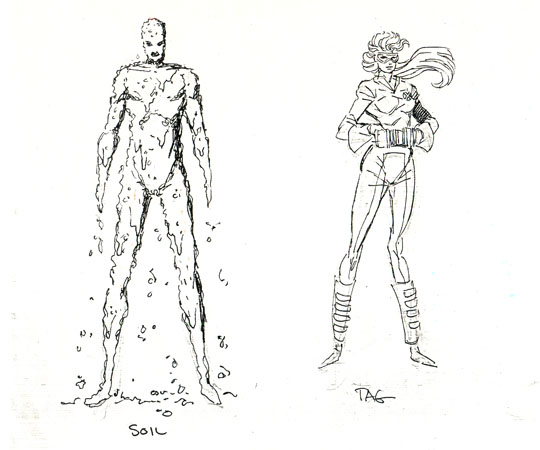 Finally, here is a character that did make the cut and has achieved plenty of success on her own as a featured player in the X-Universe. Domino debuted in the same issue of New Mutants as another of my creations did, Deadpool. New Mutants #98 turned out to be quite a game changer, all things considered. I view my time on New Mutants/X-Force as my favorite period in the comics business. I was young, enthusiastic, given free reign and best of all, not yet aware of all the jaded, bitterness that permeates the business. Without New Mutnats I would have had a significantly different path. I have always been and remain grateful to Bob Harras for letting this “bucking bronco” run free. 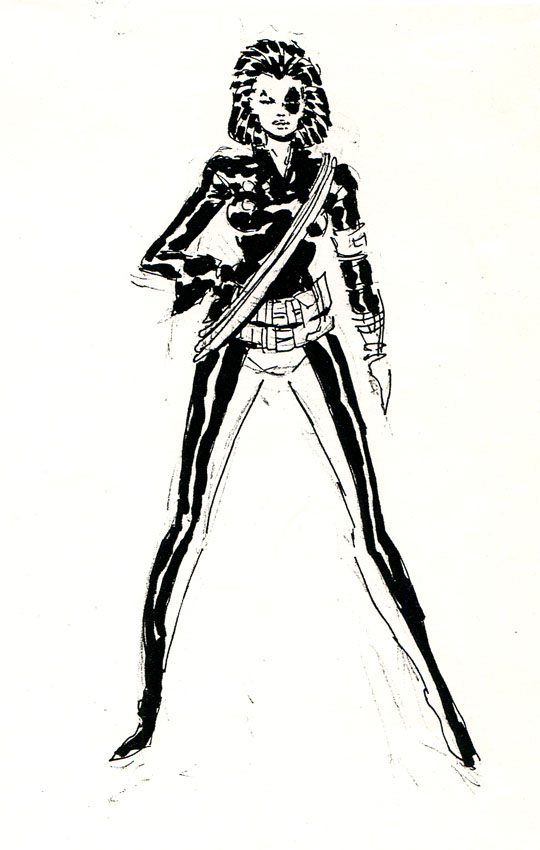 Man, dreams do come true. My career has been a long, amazing, strange journey with incredible high’s and not-so high’s. But one thing for certain is how proud I am of the work I did on these early New Mutants issues with Louise Simonson. Marvel is offering these in two editions, I will most certainly…

Found some early sketches and samples from Hawk and Dove comics and thought I’d share them with the rest of you. These were my early designs for Dawn Granger/Dove. I favored the first sketch on the left. I always campaigned for more hair. Eventually they decided on the pony tail look, sans the stripes down…